HANOI AMONG THE WORLD’S BEST PLACES FOR COFFEE: CNN

"Coffee is an indispensable part of Vietnamese culture as the country is well-known as one of the biggest producers of beans in the world," the U.S. cable TV channel said Thursday.

"When Vietnam was a colony of France, the French established coffee plantations across the country in the late 19th century, and, if you're in the capital, Hanoi, you don't have to go far for a fantastic cup."

But egg coffee is truly a specialty of Hanoi and has made the capital’s reputation on the global culinary stage.

Café Giang makes one of the city's best egg coffees. It was invented by Giang, a bartender at the Metropole Hotel during the French colonial era several decades ago. He took a cappuccino and added whisked egg yolk to create the beverage, and gourmets around the world rave about it. 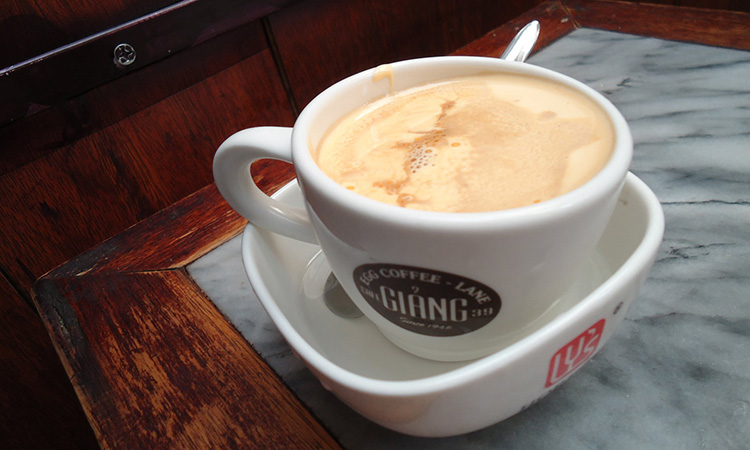 The drink starts with a layer of condensed milk at the bottom over which strong black coffee is poured. A whisked egg yolk is placed on top. The three elements create a fantastic mixture of sweet, bitter and fatty flavors.

Café Giang was originally on Hang Gai Street but now has two outlets at 39 Nguyen Huu Huan Street in Hoan Kiem District and 106 Yen Phu Street in Tay Ho District. Both are popular destinations with foreigners and locals alike.

In 2017 British broadsheet The Telegraph named Hanoi as one of the world’s 17 greatest cities for food and called egg coffee "a must-try drink".

CNN’s other coffee destinations are Wellington in New Zealand, London in the U.K., Rome in Italy, Singapore, Austria, Nigeria, and Melbourne in Australia.

Coffee, first introduced by the French in 1857, has been a major source of income for Vietnam since the early 20th century. The country is the second-largest producer in the world after Brazil, with robusta accounting for 97 percent of its output.