The museum, built-in 1929, was originally named after Blanchard de la Brosse, the governor of Cochinchina at the time. It was the first museum in southern Vietnam. In 1954 when the French withdrew, it was renamed the National Museum Institute and got its current name in 1975.

It was designed and built by French architect Delaval who combined European and local architectural styles and factored in the local climate. This style flourished in Vietnam in 1920-45.

The back of the museum on Nguyen Binh Khiem Street.

A highlight is an octagonal tower at the center based on the Chinese ba gua sign, which represents eight natural elements with yin and yang at the center.

On each of the octagonal roof’s corners are dragon finials. 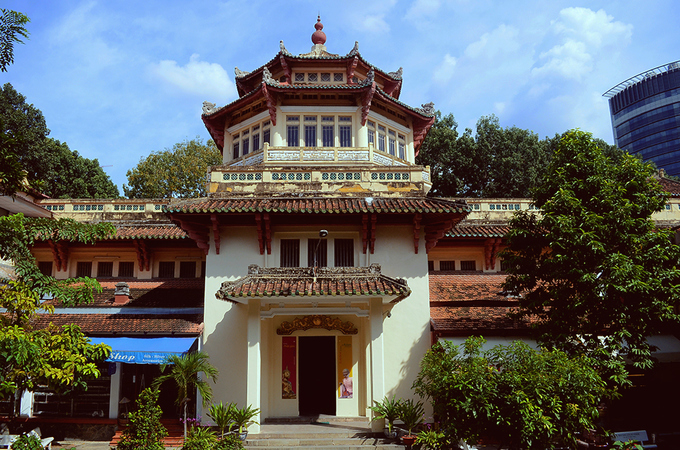 The roof made of pipe tiles features Asian and European architectural techniques.

In 1970 an additional U-shaped block was built at the back with a pond in the middle. It too has dragon finials and blends well with the original building.

The museum itself has an area of 3,000 square meters and is divided into several rooms with 18 display spaces. All the rooms are connected with each other through the main hall.

One of the largest museums in the south, it has more than 40,000 artifacts from many countries and ethnic groups.

The displays consist of two main parts. The first exhibit's artifacts of Vietnamese history dating from the prehistoric era to the end of the Nguyen Dynasty (1802-1945), Vietnam's last royal family; the other features the history of southern Vietnam and some Asian countries. 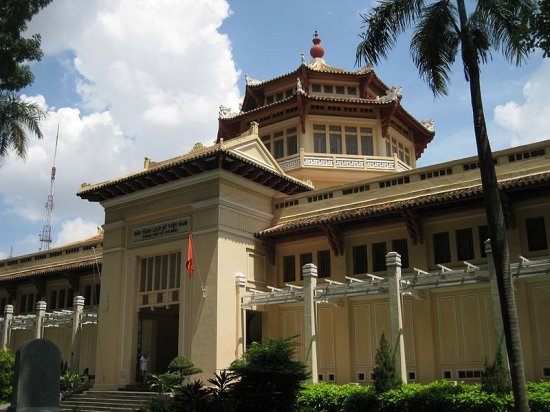 The Champa Kingdom theme has many idols of deities and animals. Artifacts from China, Cambodia, Japan, Thailand, and other countries are also exhibited at the museum.

Many groups of visitors come to the museum with tour guides. It is open seven days a week. Admission costs VND30,000 ($1.3).