Information was said by President of Ho Chi Minh City People's Committee Nguyen Thanh Phong on the sidelines of the Conference of the HCM City Party Committee on the morning of December 30, when referring to the proposal to celebrate the New Year and the event announcing the Committee's Resolution. Standing National Assembly on the establishment of Thu Duc City. 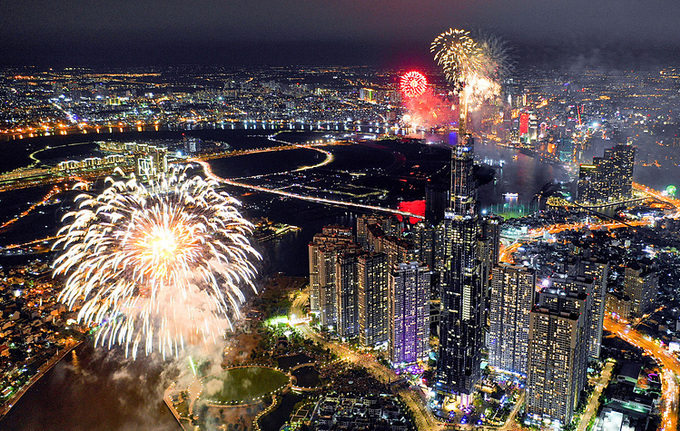 Previously, Ho Chi Minh City proposed to the Prime Minister to allow fireworks at 3 points to celebrate the New Year. After the establishment of Thu Duc City was approved by the National Assembly Standing Committee, the City People's Committee asked to shoot one more point in District 9 to celebrate this event. As a rule, in addition to the Lunar New Year and some festivals, the localities wishing to fire fireworks must get the Prime Minister's permission.

In order to ensure traffic order, the New Year 2021 opening time and the Thu Duc establishment event, from 8:00 p.m. on December 31 to 0:30 on January 1, 2021, all vehicles are prohibited from entering the pedestrian street Nguyen Hue (from Le Thanh Ton Street to Ton Duc Thang Street, District 1).

In addition, heavy trucks and container trucks are restricted from running on Mai Chi Tho Street, Dong Van Cong (District 2) during the ceremony to announce the establishment of Thu Duc City (from 6 a.m. to 12 p.m. on December 31).