Consider the model of 'closed isolated tourism' in Phu Quoc

On the basis of 'vaccine passport' and suggestions of some ministries and branches, Kien Giang province is considering a model of 'closed isolated tourism', which can be piloted in the immediate future in Phu Quoc Island. 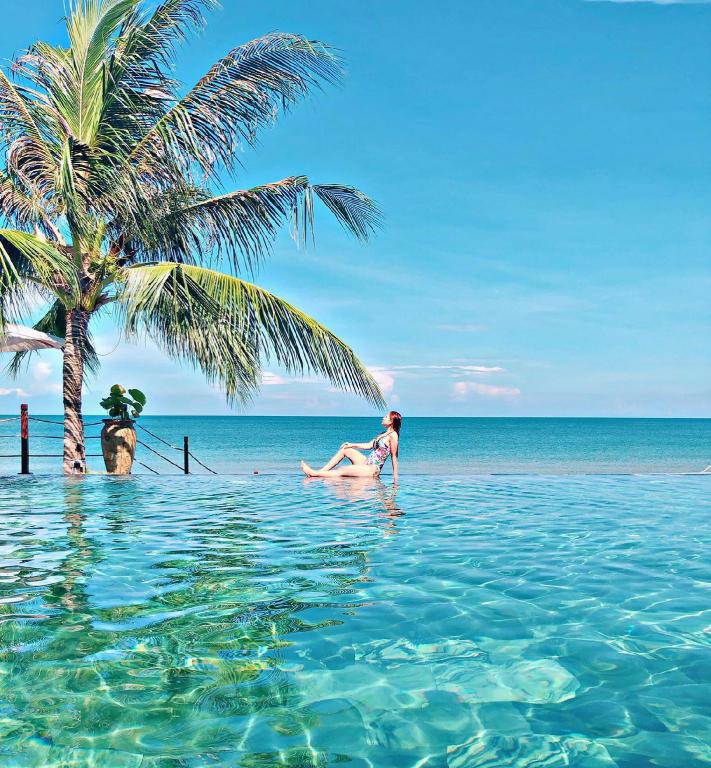 On April 7, Mr. Bui Quoc Thai, director of the Kien Giang Department of Tourism, said that the agency was considering advising the Provincial People's Committee to submit to the Government for permission to pilot the application of the model of "closed isolated tourism" in the island city of Phu Quoc.

Previously, the delegation of the Vietnamese ambassador to the Russian Federation went to Kien Giang and suggested that Russian tourists can go to Phu Quoc for a vacation, and at the same time ensure the COVID-19 epidemic prevention requirement.

Mr. Dang Minh Khoi, Deputy Minister of Foreign Affairs, Chairman of the State Committee for Overseas Vietnamese, Vietnamese Ambassador to the Russian Federation, said that the epidemic continues to develop unpredictably, while the background The economy of many localities, of which tourism is the key industry of Kien Giang has been greatly affected, considering the application of the "closed isolated tourism" model is a solution to both anti-epidemic and development economy.

Mr. Khoi's suggestion was strongly supported by representatives of hotels, resorts and travel agencies in Phu Quoc, ready to participate when there was a policy.

Mr. Bui Quoc Thai said that Kien Giang's tourism industry in particular, the Mekong Delta and the country in general are suffering a lot of damage from the pandemic, so any suggestions for the tourism industry to recover are also worthwhile.

However, in order for the "self-contained tourism" model to operate, there must be a preparation step. In the immediate future, how is the policy of applying "vaccine passport" to international visitors. Staff working in the field of passenger transportation and tourism must be vaccinated.

"We will survey a number of specific locations and then submit to Kien Giang Provincial People's Committee as a pilot project to submit to the Government for decision" - Mr. Thai said.

vietnam-visa.org.vn has a Shopper Approved rating of 4.8/5 based on 1229 ratings and reviews.