TRAVEL TO PHU YEN AND THINGS TO KNOW (PART 1) 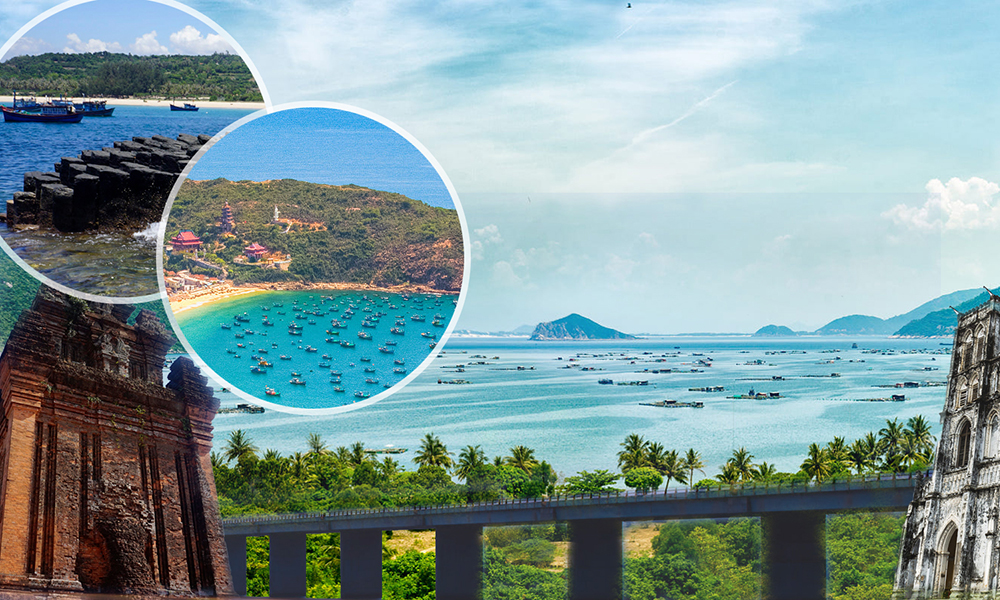 Phu Yen is a coastal province in the South Central Coast of Vietnam. It is the easternmost province of Vietnam's mainland. Phu Yen shares border with Binh Dinh Province on the north, Khanh Hoa Province on the south, Dak Lak and Gia Lai provinces on the west and East Sea on the east.

Like other coastal tourism provinces, the most suitable time to travel to Phu Yen is in March to September. At this time, there is little rain, good weather, quiet sea will be convenient for traveling, exploring this beautiful country. However, the sunshine in Phu Yen in the summer is relatively harsh, so you need to prepare a hat and sunscreen to avoid health effects.

The most concentrated area of hotels in Tuy Hoa (Phu Yen) is located on Hung Vuong Street, about 1km from the sea, with hundreds of 1-3 star hotels running along this road. Truong Trinh Street, 500 meters from the sea, is also a road with several hotels. In addition, the central area has Tran Hung Dao Street, where many hotels are concentrated, but quite far from Tuy Hoa beach.

This hotel is one of the rare hotels near the sea today, also a hotel near the main square. Standing in the room you see the whole sea and the whole scene of the square. Around the hotel there are many eateries, very convenient to eat and enjoy specialties of Phu Yen. 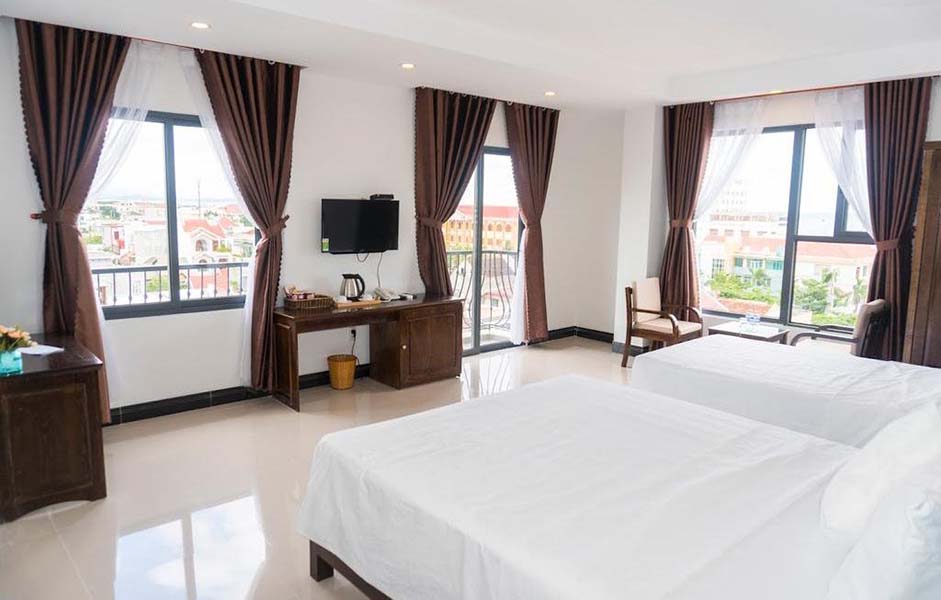 This is located in the city center, about 1km from the sea. The hotel is designed in a royal style, beautiful, clean but the price is not too high, suitable for families and large groups who want to save money.

This is a budget hotel for those who do not require too high a decoration, need a clean, fully equipped place. This hotel is also very suitable for big groups because there are rooms for 10 people. The new hotel was opened on this New Year of 2019 so it is still very new, also belongs to Hung Vuong street, so it is very convenient to travel, about 1km from the sea.

Nhan Tower on the northern bank of the Da Rang River. This was a place of worship for the Cham people dated in the late 11th to the early 12th centuries. During the French colonial period, the tower was nearly ruined. At the end of 1960, however, it was rebuilt bythe administration of Diem’s regime.

On the north, visitors are able to swim in My A Beach (Long Thuy), an incredibly beautiful beach with white sand and clear water under the shadows of coconut trees, or discover O Loan lagoon, Hon Chua, Hon Yen islands, Tien Beach, Da Trang Pagoda, and discover Da Dia Rapids with special 35,000 stone columns. On the south, there are Vung Ro Port, Ro Bay and Bac Deo Ca Natural Preservation that has rich of flora and fauna. The west of Phu Yen is Krong Trai National Preservation and Go Thi Thung Vestige. The most famous seafood dish form in this area is grilled blood clam.

Tourists can experience particular traditional festivals in Phu Yen, such as Buffalo-Stabbing Festival (3 days and 3 nights of the 2nd to the 3rd lunar month), Horse Racing Festival (4th of the 1st lunar month). 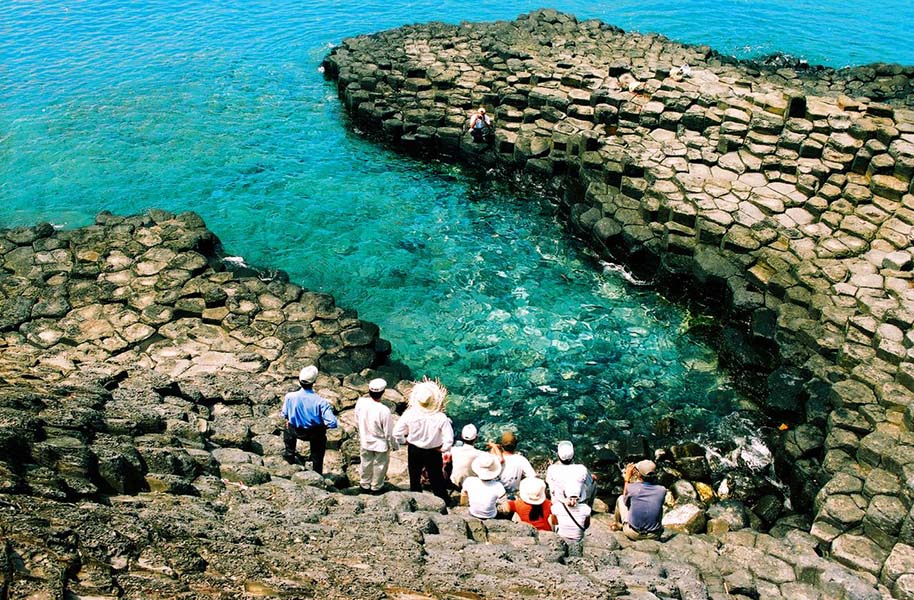 Find out more details about each destination:

Nhan Tower: Nhan Tower is a unique symbol for the architectural art of Cham people in Phu Yen province. It has quadrilateral shape with four stories; the fourth story is smaller than the first one. In the period of the late 11th century to the early 12th one, the tower was worshiping place of ancient Cham people.

Tuy Hoa beach: This beach is quite beautiful, it is clear on the sunny day. But this sea is not covered, so the waves are often quite strong. Moreover this beach is quite steep, deep water, sand is easy to sink so you have to be careful here, especially in the rainy season, the days of strong waves, absolutely should not swim. Now the city has planted many casuarina trees along Tuy Hoa beach

Genh Da Dia: From a distance, Da Dia Ghenh like a giant honeycomb about 50m long, 200m long with prismatic prismatic rocks and reaching out to the sea

Tu Nham 2 Beach: This is a relatively long beach surrounded by a casuarina forest. This beach is connected to theVinh Hoa beach, when moving from Vinh Hoa to the White Sand Dune you will go through this beach.

White Sand Dune: The place with the best white sand hill is located on the road running along the beach from Nham 2. Standing on this sand hill, you will see the panorama surrounding Xuan Dai bay. 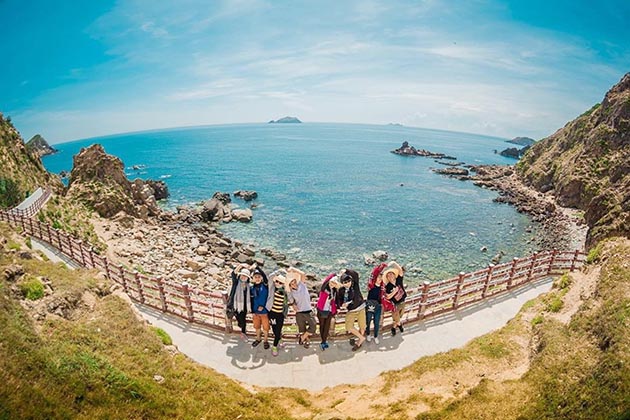 You are ready to travel Phu Yen

Have the above information helped you get to Phu Yen? Look forward to Part 2 with interesting things.